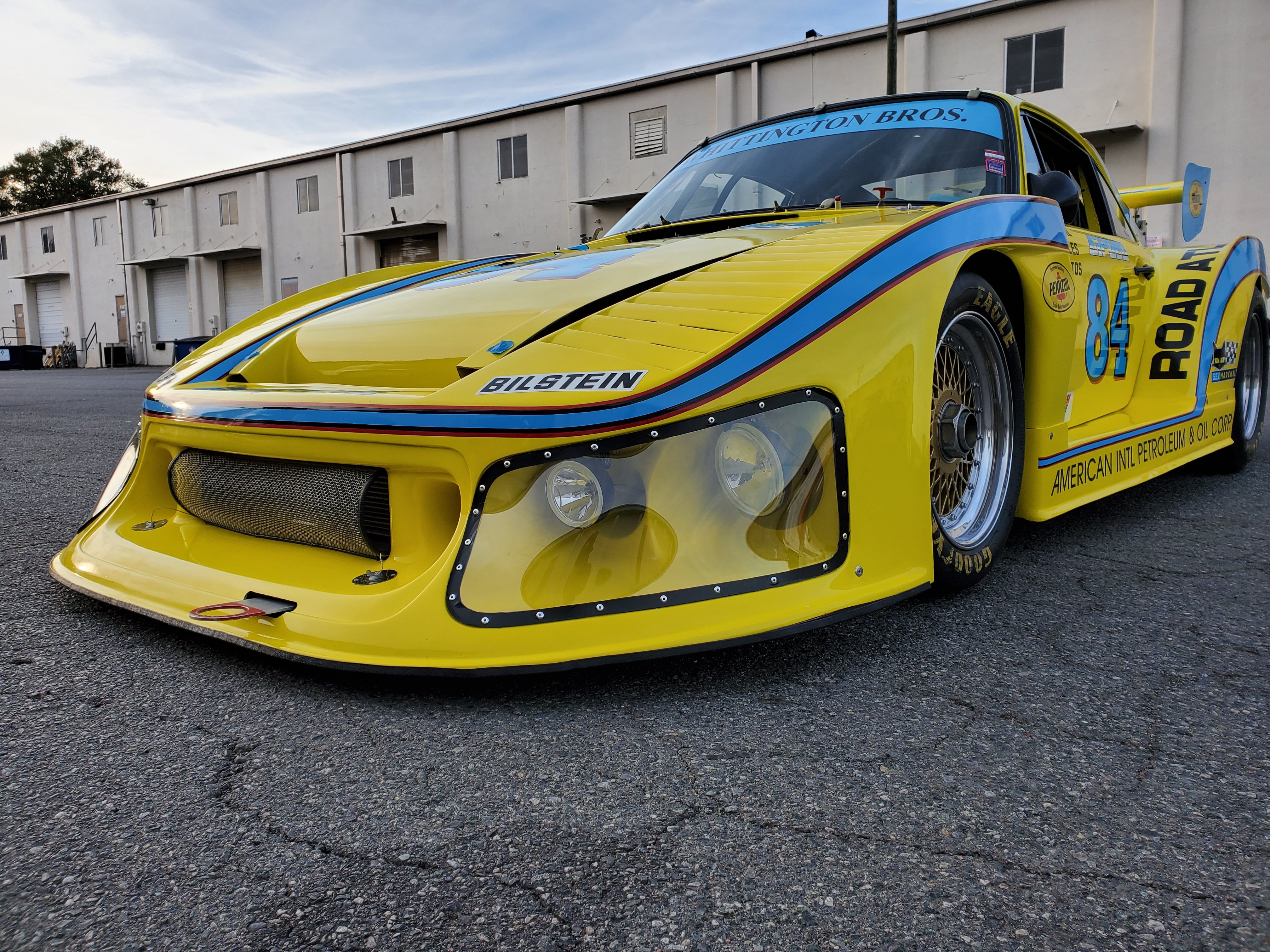 Veteran of more than 40 GT races in Europe, US and Latin America

First in Class at Nurburgring in 1977

Sold to the minister of Sports for El Salvador, Enrique Molins, who raced the car in IMSA and Caribbean series in North America and Central America from 1978-1986

Converted to 935 specs by Chuck Gaa 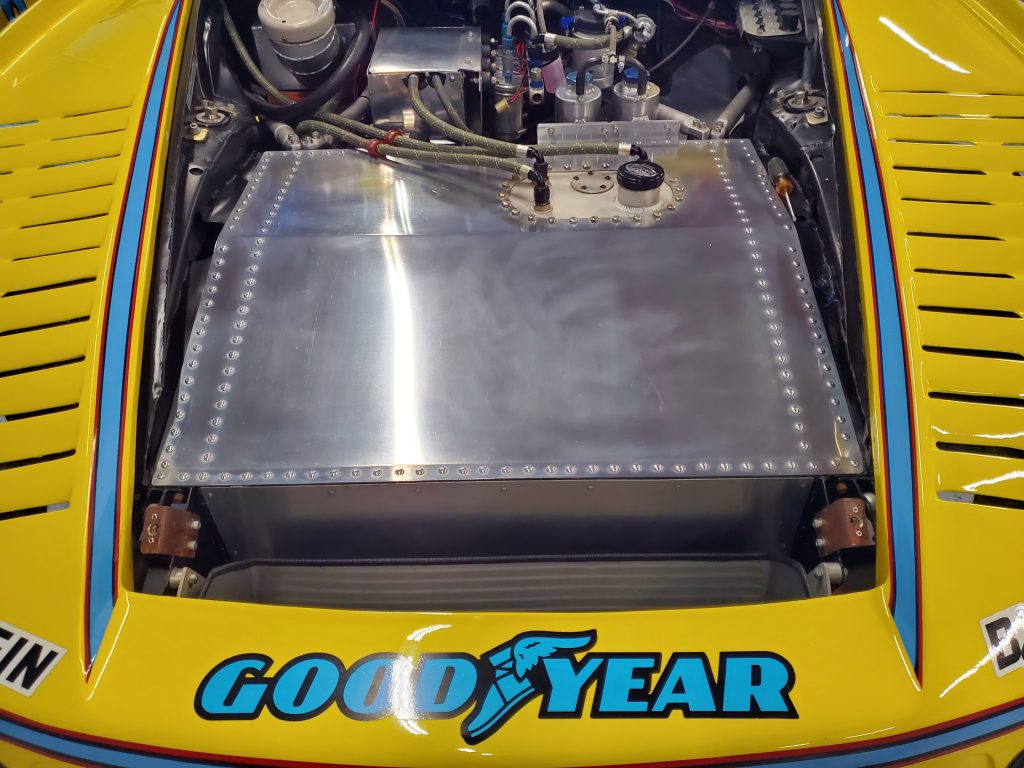 Porsche played the FIA’s often-hazy rules like maestros in 1976 when it confronted the racing world with the Type 934 and 935. The direct derivative of the sensational road-going 930 Turbo, the 934 was so named because it qualified for the FIA’s Group 4 racing category, for which Porsche produced 31 factory-built cars and performed conversions to customer 930s. Described by veteran Porsche pilot and five-time Le Mans-winner Derek Bell as “quite a nasty little car,” the 934 dominated FIA GT racing and its class in the SCCA Trans Am series, where George Follmer took the 1976 championship in one of five cars entered by Vasek Polak. In 1977, it was admitted to the North American IMSA series with wider rear tires and improved aerodynamics that made it even more effective, and in Europe, the 934 won the 1978 FIA GT Cup and the Group 4 class at the 24 Hours of Le Mans in 1977, 1979 and 1981.